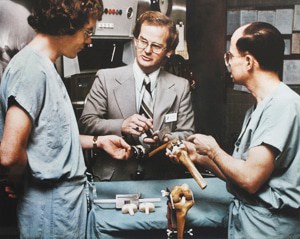 A Brief History of a Top Contract Manufacturer in Washington

As a top contract manufacturer in Washington, Pacific Research Labs understands just how vital innovation is in every industry. For over 40 years, our locally-owned Vashon, Washington manufacturing company has led the charge on a number of important mechanical breakthroughs that have had a global impact. From our influential Sawbones medical training models to our progressive work on Seaglider oceanographic vehicles, we find niche solutions for every industry.

But a top contract manufacturer isn’t made overnight. Our focus on core engineering principles and decades of experience in the field have gotten us where we are today. This is why industry leaders and talented young entrepreneurs continue to trust us with all of their product development, prototyping, and manufacturing needs. To understand what makes our contract manufacturing services so special, take a closer look at our proud history of innovation.

An Industry Leader from the Start

Pacific Research Labs was founded on an important guiding principle: thorough research and careful product development are absolutely essential for any successful project. And we should know—one of the first major products that we designed and manufactured, Sawbones, is still among the most widely-used anatomical training models in the world in part because we put so much effort into refining the design from the start.

The Sawbones project began in the mid-1970s in Vashon, Washington. At the time, local mechanical engineer Foss Miller had just graduated from Washington State University and decided to start his own company, which he called Pacific Research Labs. Later, he teamed up with marketing expert Denzil Miller and the two had a goal to become the most trusted contract manufacturing company in the Pacific Northwest. Initially, Foss Miller focused on manufacturing high-quality prepreg composite parts for sporting goods companies. But Miller’s real breakthrough came when he met Dr. Frederick Lippert.

Dr. Lippert was the Chief of Orthopedics at Seattle’s Veterans Administration Hospital and also taught orthopedics at the University of Washington School of Medicine. He and his medical students were facing a major dilemma: they didn’t have a cost-effective way to practice orthopedic surgery in the classroom. Without this hands-on practice, medical school graduates had to spend an additional two years or more observing other experienced surgeons or assisting them in the surgical theater.

To solve this problem, Dr. Lippert asked Pacific Research Labs to design an artificial bone that would look, feel, and behave like the real thing so that students could hone their surgical skills. The prototype had to be:

✔ Shaped like a real bone with a hard cortical shell as well as a softer, cellular matrix interior.

✔ Made from cost-effective materials so the university could purchase and distribute them to as many students as possible.

It wasn’t an easy task. Miller spent months performing careful research and development to find the perfect raw materials for the prototype. After designing multiple prototypes, Miller finally discovered a unique way to formulate and process polyurethane—the texture and other properties of the material produced models that were highly accurate and very cost-effective to make in large quantities.

The project was a massive success. After ordering the first Sawbones models, the University of Washington immediately saw an improvement in their students’ ability to perform hands-on surgical skills with fewer errors. This led to these residents making fewer mistakes during their first surgeries on patients. It wasn’t long before other medical universities and medical device manufacturers began placing orders as well. However, to meet these ever-growing demands, Pacific Research Labs had to expand, and fast. 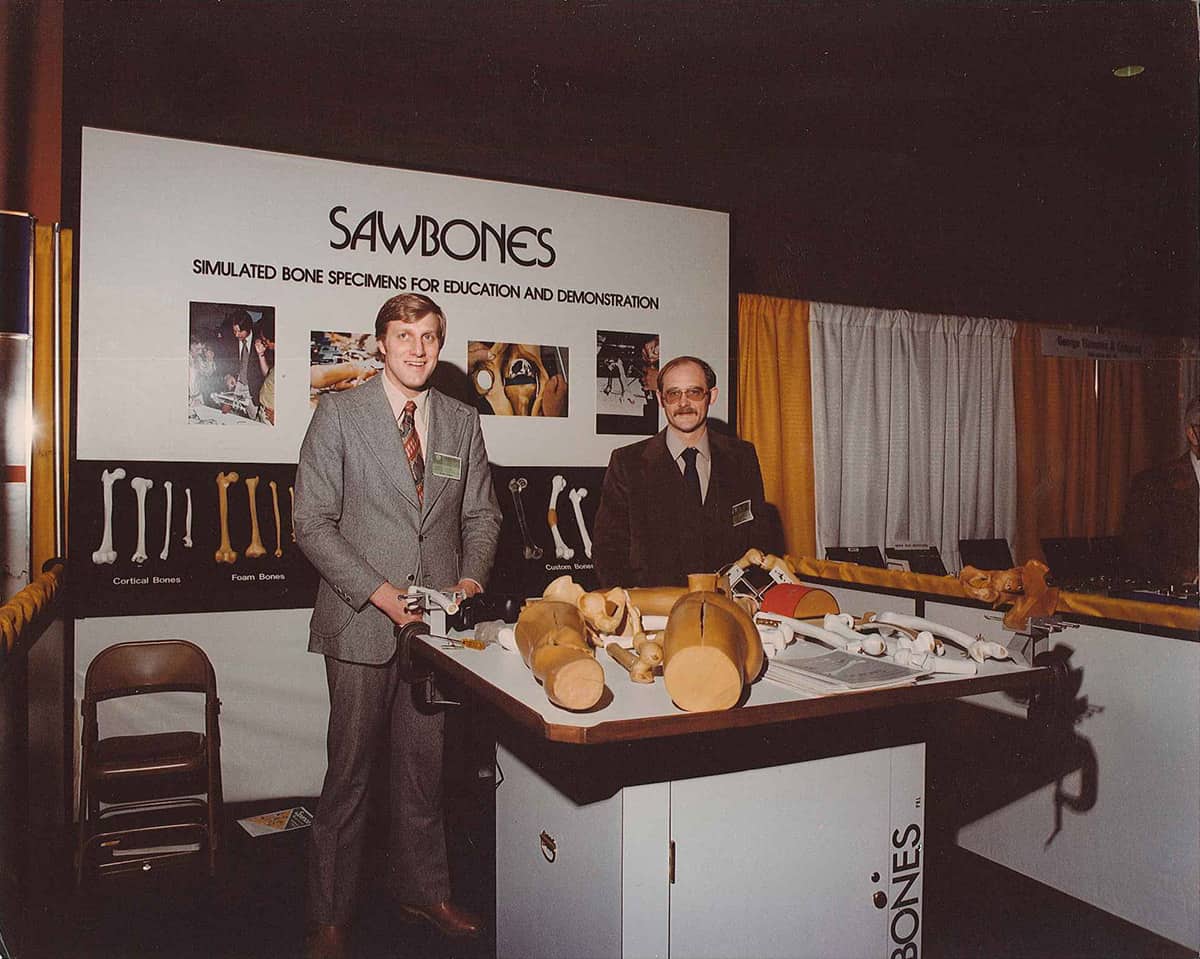 How We Became a Top Contract Manufacturer in Washington

Pacific Research Labs started as a small contract manufacturing company in Washington, but within just a few years of the Sawbones launch, we were a household name in the medical industry. This came with a great deal of responsibility. Not only did we have to deliver the same high-quality products that our clients expected, but we also had to produce more components than we ever had before.

To meet these demands, we added a second shift and hired more skilled engineers to carry out this complex manufacturing work. Throughout this expansion process, however, we always maintained our core principles of detailed research and meticulous manufacturing methods. Over the next 30 years, Pacific Research Labs continued making Sawbones for universities and medical device manufacturers.

After garnering an esteemed reputation with Sawbones, we knew that our skills and expertise were valuable for many other industries as well, not just the medical industry. This is why, over the past decade, we’ve expanded into many other fields and have designed and manufactured imaginative solutions to some incredibly complex engineering challenges, such as:

Oceanographic vehicles: We contributed to the design of an energy-efficient autonomous free-swimming vehicle that oceanographers use to track data more effectively and at a lower cost. We helped design and manufacture the vehicle’s wings, rudders, and fairings.

Telecommunications equipment: We designed a cell tower concealment shroud with an opening and spinning mechanism that allows for easier access to tower equipment during routine maintenance or vital repairs.

In-ear hearing protection for dogs: We developed a special viscoelastic elastomer that met the customer’s needs to have a material that would compress and release into the dog’s ear canal quickly while still being comfortable for the dog.

And this is just a short list of products and projects Pacific Research Labs has played a role in over the past decade. Our focus is now on working closely with small businesses and entrepreneurs to get their ideas off the ground. We specialize in short-run production, rapid prototyping, lean manufacturing, and other efficient, fast turnaround engineering methods to get products to market quickly.

Our dedication to manufacturing the best possible products coupled with our strong company culture will continue to serve our customers well into the future. 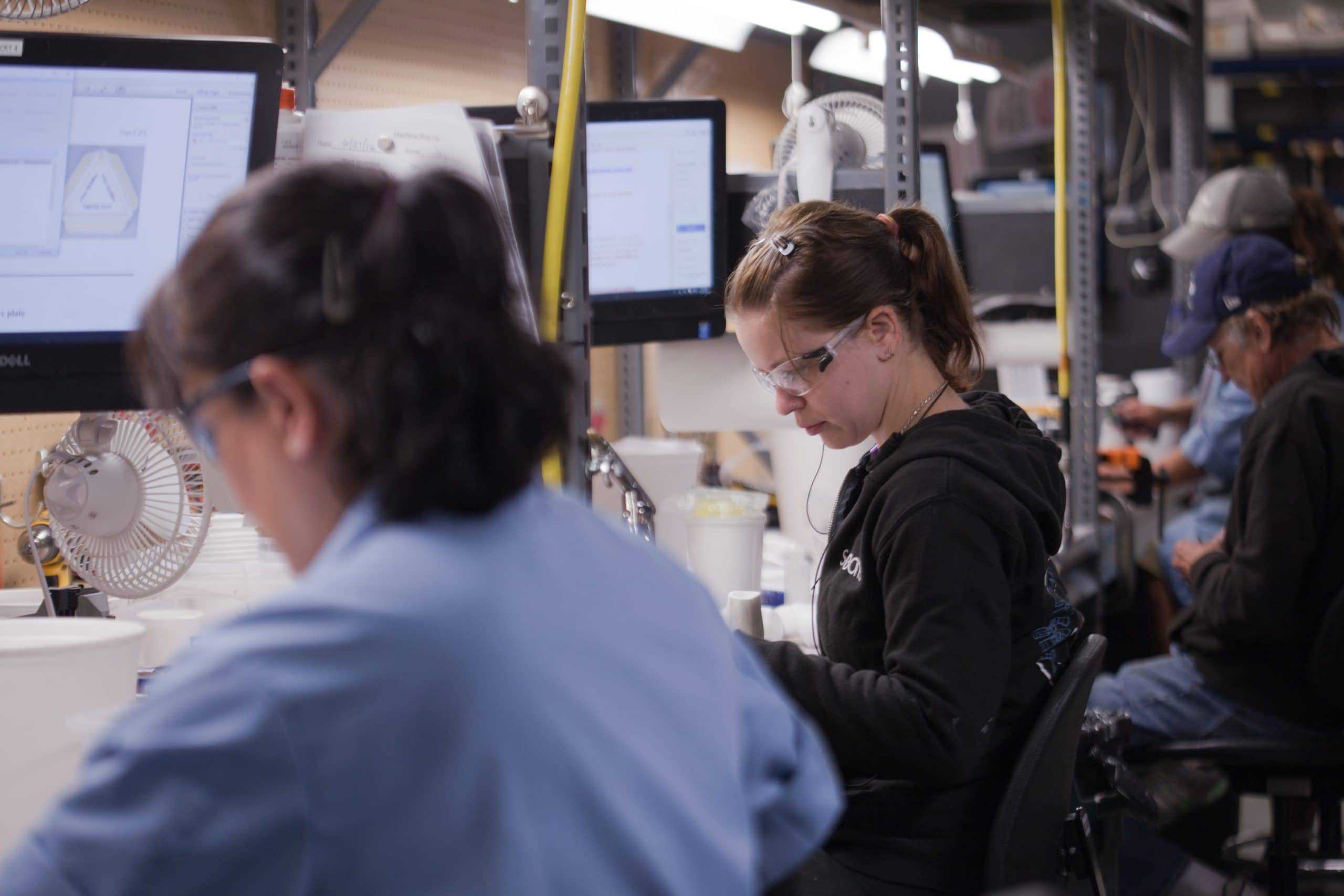 Looking to the Future of Product Development

One of the biggest turning points in our long history as a top contract manufacturer in Washington happened in 2010. That December, we announced that we were handing over ownership of Pacific Research Laboratories to our own employees. Pacific Research Labs’ employees now own equal stocks in the company and have a say in its management and trajectory. We have always been an engineering-focused company, so it made perfect sense for us to give more power to our experienced team of engineers and other skilled staff members.

This is what sets our service apart from many other contract manufacturers. Not only do we value our team’s opinions, but we also perform as much in-house design and manufacturing as possible. In a time when many other companies are outsourcing their manufacturing overseas in order to shave off overhead costs, Pacific Research Labs has managed to keep nearly all of our business operations in the state of Washington. We love to support local engineers and raw materials suppliers and strive to keep our ties to the community strong.

This has benefits for our clients’ products as well. Being locally owned and operated means that we can control every aspect of the manufacturing process from start to finish. You can trust that your products are under the care of our handpicked engineering team and that the end product will be of exceptional quality. Excellent craftsmanship and clever engineering will never go out of style. We’ve proven that even as the manufacturing industry evolves, there will always be a need for well-qualified engineers who have a true passion for what they do.

Pacific Research Laboratories is a trusted contract manufacturing company in Washington that specializes in short-run production and innovative product design. To learn more about the manufacturing services we offer, visit our contact page or call (206) 408-7603.